The Key to succeeding in anything. Why it really is time to change and find your Authentic Self 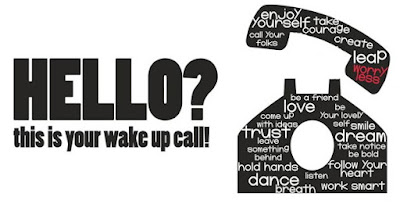 I have recently been working with a client who has had a debilitating issue regarding social and work relationships. It had become so acute that it was starting to destroy the whole fabric of her life to such a degree that she had stopped socialising or communicating with others. She had developed a fear that this issue would take hold and she would act upon her compulsions. A friend who she confided in, was currently visiting me for confidence coaching suggested that she come and see me. Her friend was aware that I also work with people who suffer from stress anxiety and other issues such as addiction and compulsion.

After talking to the lady for a short while it became apparent that this compulsion within her had not come from any traumatic or emotional past event. She had led a successful and happy life and been brought up in a happy and loving family. She was in every sense of the world a successful lady, except for this one area of her life that was starting to become all-consuming. We worked through some NLP techniques and then regressed her through hypnotherapy to a time before she had this issue. After coming out of the trance, she suddenly had a revelation of something that she had been said to her by an ex-partner on a frequent bases. What they had said had not been negative or disparaging, but they always said the same thing during a time when she was in a high state of emotional awareness. Unfortunately, this repetition of words had created what is known in therapeutic terms as a "negative anchor" and something had recently triggered this within her causing her to have a very controlling negative self-belief around her emotions and subsequent actions.

On discovering this it was a very easy matter of creating some new beliefs and destroying or collapsing the old belief. Also, the realisation of where it had all started also played a major role in helping her.  My client changed instantly and was amazed by how something so simple could have been causing her to have such a strong compulsion to act so strongly out of character.

This started me thinking about just how controlled we often our by the words and images that unconsciously hit our senses. These images and beliefs then become embedded within our thought process and then start to shape who we are, by distorting our beliefs.

Just stop and think about the amount of input that goes into your brain each day, most of which you are not even aware of. Also, consider those strong influences and voices from your early years that formed your opinions of the world around you and how you believe that you should act and behave within it. Its no wonder that when we hear something negative about our self that may have been reinforced from a young age, that we start to believe it and act in a way that is not authentic.

Just imagine for a moment that you could take yourself back to a very young age before the world got to you. A time before you had not taken on board any negative or distorted thinking that was given to you by parents, family, friends, television and the all-encompassing and damaging social media.  Now without all of those negative and distorted beliefs consider what are your thoughts on yourself? You might not actually have even formed any yet, but as a young child seen something that really appealed to you and thought. I want to do that and be like him or her? Was this dream then supported or were you told something like "don't be stupid, you cant do that"  causing the very young you to give up, lower your head and conform to a life of mediocrity.

But what if you could go back now and go completely clear on these thoughts. Or better still imagine if you received positive thoughts on yourself and your dreams had been supported and encouraged. How would this have shaped you and your life? Or would you have discovered who you really are and meant to be, it's such a powerful and empowering question. Ask yourself a better quality of question and get a better quality of answer. For example, what do you really like and what do you want to do with your life?


The good news is that no matter what age you are it's not to late to still hold these thoughts. I once worked with a victim of childhood abuse who very much came to terms with their abusive past and was actually able to re-frame the most traumatic period of their childhood. I will always remember they said to me in the last session. "It's not to late to have had a happy childhood, no matter how old you are".

Have you ever been away from a negative person either at work, home or in a relationship and suddenly noticed that you start to do different things and hold new thoughts and beliefs about yourself; its almost as if you have been reborn.

I always remember sitting down many years ago and watching an episode of Dr Who with my son. It was the first episode that David Tennent stared in and he had regenerated but not sure who he was yet. At one point someone asked him "Who are you" and he replied. "I don't know yet" he then went into a whole list of possibilities of who he could possibly be, considering each one he liked and dismissing those he did not. A few minutes later he committed a spontaneous defensive act that saw the evil alien leader plummet to Earth from his ship, he then declared "No second chances, that's who I am" We should be shaped by our true feelings and responses that are of our own creation and choosing, not those that are fed to us from others.

So maybe its time that we all looked to regenerate and start finding our authentic self again. Finding and discovering the person who we were all really born to be. The person who has not had a lifetime of negative sounds and images piled upon them and attempted to gloss over these. Its time to reach down, wipe off the negativity and find out who we really are. Why not start this pathway by unplugging from all of the negative people and elements in your life. Give yourself a week away from the negative elements of social media, the negative thoughts of others and start to rediscover your authentic self.

Then make a list of those true qualities that you believe that you hold and how you could use them to them in the best possible way to pursue your dreams and purpose.

You will be amazed at the power that this will give to start truly believing in yourself, growing and fully developing into the person you were born to be.
at March 31, 2018