Removing your fears will set you free, but do you know what you are really scared of? 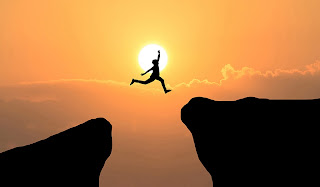 We tend not to dwell too much on those things that scare us, do we?
But have you ever wondered how much happier and successful we would be if we did? Most people are not even aware of those things in life that they are scared of and potentially hold them back and stop them doing in life that they most desire.

I think everyone can identify something that they are scared of, heights, deep water, spiders. The list is endless and working as a hypnotherapist I have helped people overcome all manner of fears and phobias, from the very common fear of flying and spiders, right down to someone who had a fear of people with green eyes. Most of the time there are not always rational explanations for our fears. Psychology suggests that we are only born with maybe one or two fears (loud noises and falling) all of the others have to be learned and boy do we learn them and hold on to them.

We can always identify a risk that is attached to certain fears such as a fear of heights is attached to someone not wishing to fall and hurt themselves, however we don`t ever call it a fear of falling or even a fear of hitting the ground, no we choose to verbally associate the fear and label it a fear of heights. I once asked a client if they would be more or less fearful of driving on a motorway if we actually called the fear something different. So we spoke about her fear and she said that what she was actually scared of was things getting out of hand when she drove. I pressed her further to tell me more and she said I am scared of driving on a motorway if something happens like there is an accident and I have to stop and help someone. I asked her if she felt this was likely to happen or if it had ever happened to her before and she said no, but watched lots of reality TV shows and there were always accidents on motorways and she had seen one where a man went through a window and cut his face and there was blood everywhere. I could see where this was leading to so we spoke even further about the accident and she really went into great detail about what it would do to her if she ever encountered this.  I then set about asking her a few other questions that enabled her to look at the situation differently and she had a light bulb moment. I am not scared of driving she said I am scared of blood!!!. After that it was a case of collapsing some old associations and creating some new ones around what was the real cause of concern for her, seeing someone bleeding and not knowing what to do about it. Her fear of driving on the motorway was not actually real. However, she was very concerned about being in a situation where someone was bleeding and not being able to help them.

This is actually common and we can often label our fears incorrectly and sometimes we are not even aware why we make certain decisions and display behaviours that are damaging to our careers or personal lives. I once worked with a very successful solicitor who found success late in life after dealing with a work-related fear. When she first came to see me she told me that for years she was fearful of completing tasks and sending emails. After nearly losing her job for repeatedly failing to complete her work correctly she had to sit down with her boss and tell him that the reason she was falling behind was that she was scared of being shouted at and laughed at by him. Unfortunately, when she told him this, he laughed. He did not mean to and actually, she had created a self-fulfilling prophecy. Her boss quickly apologised had said the reason he had found it so funny was he had always seen her as such a strong person and would never dream of shouting at a colleague.  He suggested that she seek some sort of therapeutic help to see if things changed for her, which was how she found herself sat in a room with me. Using hypnosis I was able to regress her back to an early period of her life when as a little girl she had been shouted at by a male teacher after handing in a piece of work and was so scared that she wet herself on the spot and had been laughed at by her whole class. When her Mother came to collect her from school instead of offering support and care, she was further chastised and shouted at. So easy to understand where her fear of being shouted at had come from. Fortunately, it was something that I was able to help her with using hypnotherapy and NLP.

It is always worth exploring every area of our lives when we feel that we would like to grow and develop in and sometimes the most unexpected things arise from this, from people not being able to lose weight for fear of looking good and receiving attention from members of the opposite sex, to people in the business world having a fear of being successful as they were told when they were young that nobody likes rich successful people. So the next time you encounter something that scares you, are you really scared of this, or is there something else lying beneath.

Visit my website for more information on how Hypnotherapy can help you overcome your fears
at October 21, 2017